Quite a long while prior, my mother chose to move from Grand Forks, North Dakota — a city of 50,000 — to Lakota, North Dakota — a town of around 700 individuals. She had experienced childhood in residential communities and wanted to come back to one. Be that as it may, Lakota happened to be the halfway point between her activity in Grand Forks and my stepfather’s new activity in Minnewaukan. So my mother started house chasing.

At one house, the proprietor was sitting in front of the TV. Be that as it may, the show didn’t resemble an ordinary TV program. It appeared to be practically similar to a home video. My mother asked the lady what she was viewing. She answered, “Goodness, that is the camera down on Main Street.” Lakota, North Dakota, has a camcorder planted toward one side of Main Street. The recording from that camera winds up on TV, enabling inhabitants to get an ongoing, feathered creatures eye perspective on the town’s small business locale. No untruth.

Why for heaven’s sake would anybody need to watch what’s going on Main Street? Since we are characteristic conceived voyeurs. Allowed the chance to look into others lives, the greater part of us will get the binoculars instead of shutting the shades.

Facebook, similar to Lakota’s Main Street camera, supports our voyeuristic inclinations. “Individuals can scrutinize the profiles of different clients, read about other clients’ interests, read their companions’ remarks on their dividers or view their companions. Individuals can even look through a client’s photograph collections and see the majority of the photos that that client has transferred of themselves and the majority of the photos that different clients have transferred with that client in it. Profiles can connection to other, here and there progressively close to home, Web destinations about the client. A few profiles connect to other photograph collections or to online diaries,” composed Brett Bumgarner in a recent report. Many my Facebook “companions” are secondary school colleagues I haven’t addressed since graduation. I friended them to be affable. In any case, that doesn’t clarify why I read their announcements and flip through photos of their children’s youth baseball match-ups. Facebook has transformed me into a snoop. I am the mortgage holder viewing the Main Street camera channel.

Obviously, the voyeurs wouldn’t assemble if there weren’t something to see. Bumgarner puts it along these lines: “Voyeurism wouldn’t be conceivable without the presence of exhibitionism, or self– revelation.” Facebook makes sharing staggeringly simple. Too simple. Also, an excessive amount of sharing can reverse discharge. We have every single heard tale about individuals who have been terminated for something they posted on Facebook.

The normal Facebook client has 130 “companions,” and it appears almost guaranteed that not those “fellowships” are cozy connections. My Facebook companion gathering, for instance, is a mixed blend of real companions, relatives, easygoing associates, exes, other science scholars, Peace Corps amigos, previous schoolmates, and editors. Given the assorted variety of that gathering, I have three choices with regards to sharing: 1. Post just G-evaluated data/photographs that I wouldn’t fret imparting to anybody and everybody. 2. Embrace a flippant frame of mind and offer anything I desire without stressing who will see it. 3. Or on the other hand separate my various rundown into various gatherings with the goal that I can specifically share.

I generally practice choice one. Facebook author Mark Zuckerberg might want to see everybody grasp the second alternative. “Our main goal at Facebook is to help make the world increasingly open and associated,” he wrote in an open letter a year ago. 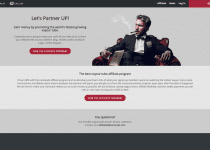